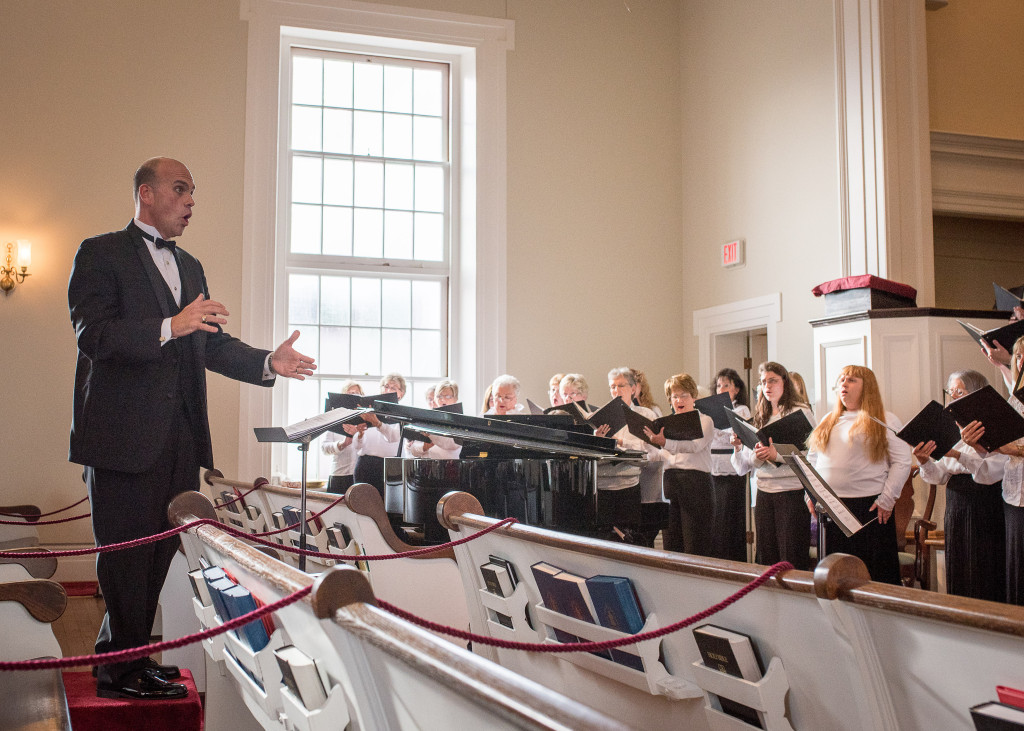 S. Reed Carter, IV, is thrilled be contining as the music director for the Salem Choral Society. In addition to the SCS, he is the Director of Music/Organist at Salem Presbyterian Church where he directs the Chancel Choir, the Chancel Handbell Choir, the Youth Choir, the Children’s Choir, and the Cherub Choir (pre-K).

As a freelance pianist, Reed has played for numerous events and organizations around the valley, most recently playing in the pit for Mill Mountain Theatre’s productions of “Children of Eden,” “The Sound of Music,” and “The Marvelous Wonderettes.”

Reed was born and raised in Salem, where he currently resides, and is married to Susan Carter. They have two daughters; Emma and Sawyer and one son, Sam.